The main thing in my work is laconicism. Only the most vivid and exaggerated features have the right to be embodied in the image. Nothing superfluous. This is the main rule.

The image of my hero is the quintessence of the famous character of the movie Aliens and the image of the miner from my pictures. I put these two images together in one and was born a new character, which more relevant today in Ukraine. It’s like a scientific experiment with mutations of the mentality of society.

An unbelievable project. Allegorical image born of time. During the last three years,the process of dividing society into one’s own and others’ ones is under way. A system of markers is being developed to understand who is who.

I propose my result on the actual imagination. 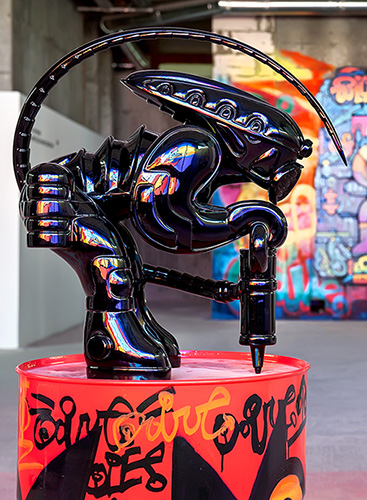